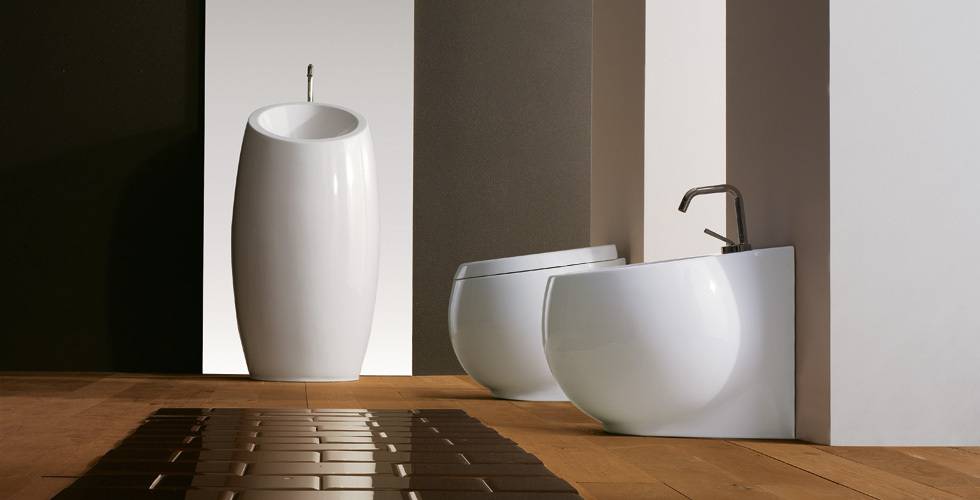 How many of us, during our life, while we were in the bathroom thoughtfully, we would have asked ourselves: “where does it come from and what are the origins of the bidet?”. An object as strange as it is very present in our daily lives.

Let’s discover together the history of this strange “violin-shaped stool“, as it was indicated at the dawn of its use.

Italy is a country full of vices and virtues, and even if many things to be proud of, there are others that fill us with pride and increase our self-esteem.

We have art, good food, our history and the bidet. Putting aside the easy jokes, this sanitary is a kind of institution within our homesand represents for us a monument to cleanliness and personal hygiene.

The typical Italian bathroom furniture provides in addition to WC, the sink, shower or bathtub, also the installation of this sanitary.

Not having it is absolutely inconceivable and in fact when the Italians are abroad, the bidet is the first thing they miss. This is because it is widespread and used especially in Italy and often in other parts of the world they don’t even know what it is.

Looking at Google Trends data, it turns out that Italy, together with Argentina, is the country with the highest number of searches for the term “bidet”.

The history of the bidet is the typical case of great invention which takes root in a country other than the one that gave it birth. Indeed, unlike what is generally believed, the bidet is not actually a purely Italian invention.

The origins of the bidet, in fact, are French and date back to 1700 when a certain Christophe Des Rosiers made one for Madame De Prie, the wife of the French Prime Minister.

The chronicles of this invention were sent to us thanks to the testimony of the then Foreign Minister who, as a lover, one day he saw the lady riding a very particular violin-shaped stool.

The term bidet was affirmed at the same time as the apparition of this new tool and was derived from a word which in French means “horsy”.

The bidet was later installed, on the wave of enthusiasm, even in the palace of Versailles, only to be dismantled a few years later due to its inactivity.

In this regard, it should be remembered that during the whole eighteenth century personal hygiene was often neglected. The medical science of the time and religious beliefs convinced people to avoid bathing and cleaning, to avoid coming into contact with parts of the body deemed sinful.

The few specimens of bidets left in circulation were thus sold to the meeting houses and, starting from then, the French ended up perceiving this sanitary as a working tool for prostitution.

The “rehabilitation” of the bidet occurred later thanks to Queen Maria Carolina of Habsburg-Lorraine who, in the second half of the eighteenth century, had one installed in her personal bathroom at the Royal Palace of Caserta.

It was thanks to this event, therefore, that the use of this sanitary became widespread in the Kingdom of the Two Sicilies and in the rest of the Italian peninsula. The latter consisted of a metal basin resting on an inlaid dark wood structure.

After the unification of Italy, Savoy officials entered in the Royal Palace of Caserta to take inventory and being in front for the first time at the bidet, they cataloged it as an “object for unknown use in the shape of a guitar”.

In reality, the bidet has spread to Italy relatively recently after the second post-war period. Both common toilets workers’ houses in large urban centers, as much as the peasant latrines they were generally free of them.

Only when the houses finally incorporate the bathrooms slowly begins to enter the customs and traditions. Until the thirties, for example, it was still linked to the idea of diseases or hygiene needs of brothels.

Still in the 1960s it was not uncommon that especially the new immigrants in the big cities of the north used the bidet as a sink for their clothes.

However, there are traces of systems used for the same purpose in Roman civilization, as well as for the sanitary bowl.

BIDET IN THE WORLD

According to some statistics, bidets are not present in all European countries. In fact, they are common only in Greece, Albania, Spain and, above all, in Italy and Portugal, countries in which the installation of a bidet was made mandatory in 1975.

In Latin America the bidets are located in Paraguay, Chile, and above all in Argentina and Uruguay, where they are installed in 90% of private homes; they are also quite common in the Middle East.

If you found the article interesting and you have other ideas to propose for the next articles, come forward and leave a comment!

In addition, go to our e-commerce portal to discover our fantastic sanitary ware, rigorously customizable and made in Italy!

Finally, find out how you decorate your bathroom by following our articles about the latest trends of the moment, such as the Scandinavian, vintage or minimalstyle