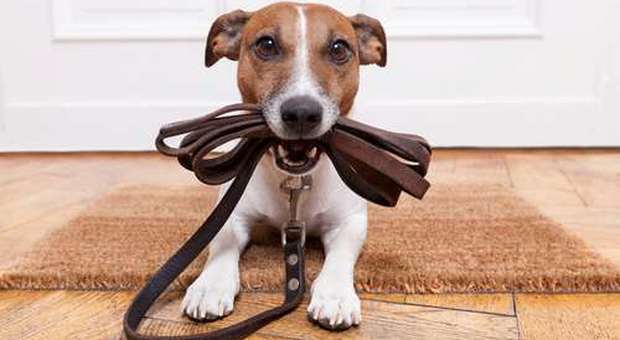 Does the neighbor’s dog bark often and unbearably? On the same landing, it is often difficult to share common spaces even with the four-legged friends of one’s neighbors? Here is what the jurisprudence foresees on this point.

Often the owner’s incivility causes the dog barking at all hours to cause annoying noises during the day and at night.

In this way, living together with your neighbor in an apartment building becomes much more difficult.

Disputes between condominiums over the barking dog are on the agenda and on this point the case law has established a precise orientation.

DOG BARKING: WHAT DOES THE LAW SAY?

The dog, author of the entries, will certainly not be sued, but the keeper is responsible for his actions.

With regard to the noisy emissions deriving from the four-legged friend, Article 844 of the Italian Civil Code applies. concerning the protection of the owner from the emission of smoke, heat, noise or propagation deriving from the neighbor’s bottom that exceed the limit of normal tolerability in relation to the condition of the places.

CRIMINAL LIABILITY OF THE OWNER

On the criminal front, the noisy emissions represented by the incessant barking of the dog, constitute a punishable offense pursuant to Article 659 of the Criminal Code. Under which, anyone who abuses sound instruments, disturbs people’s rest is punished with arrest for up to 3 months or with a fine of up to 309 euros.

For the noises of a dog in a condominium that generates an annoying noise, the condominium must mention the case to the administrator.

Certainly it is not possible to prevent a condominium from owning a dog to avoid noisy entries, but the noise generated by one’s barking is considered a noisy entry that can be prosecuted against the owner even at a criminal level as mentioned above.

On this point, the Court of Cassation ruled:

“Precisely with reference to the nocturnal barking of dogs, this Court was able to affirm that for the purposes of configuring the offense pursuant to art. 659, paragraph 1, c.p., it is necessary that the complained noises have an aptitude to spread and therefore constitute a nuisance for a potential plurality of people. In fact, the specific interest protected by the law is that of public peace of mind and although not required, it is however necessary that the noises are objectively suitable to negatively affect the tranquility of an indefinite number of people ” (Cassation n. 1394/1999).

With sentence no. 7392 of 2015, the stoats confirmed the jurisprudential orientation according to which dog noises constitute a noisy input that can be criticized as a source of disturbance to people’s rest and public peace.

In order for such conduct to be detectable criminally it is necessary that the noise be heard by all people who are in the same neighborhood.

In civil matters, the threshold of tolerability of the same is considered as a criterion for assessing the unlawfulness of the rattling of noisy input.

In criminal matters, the reference point is represented by the configuration of a crime of danger that materializes when theconduct (the barking of the dog) is in itself capable of disturbing an indeterminate number of people (Cassation-section criminal, sentence 8351/2014).

If you found the article interesting, leave a comment. Also, if you need a guide to retaliate against the dog barking in the condominium, send an email to valeriadesign@casaomnia.it!