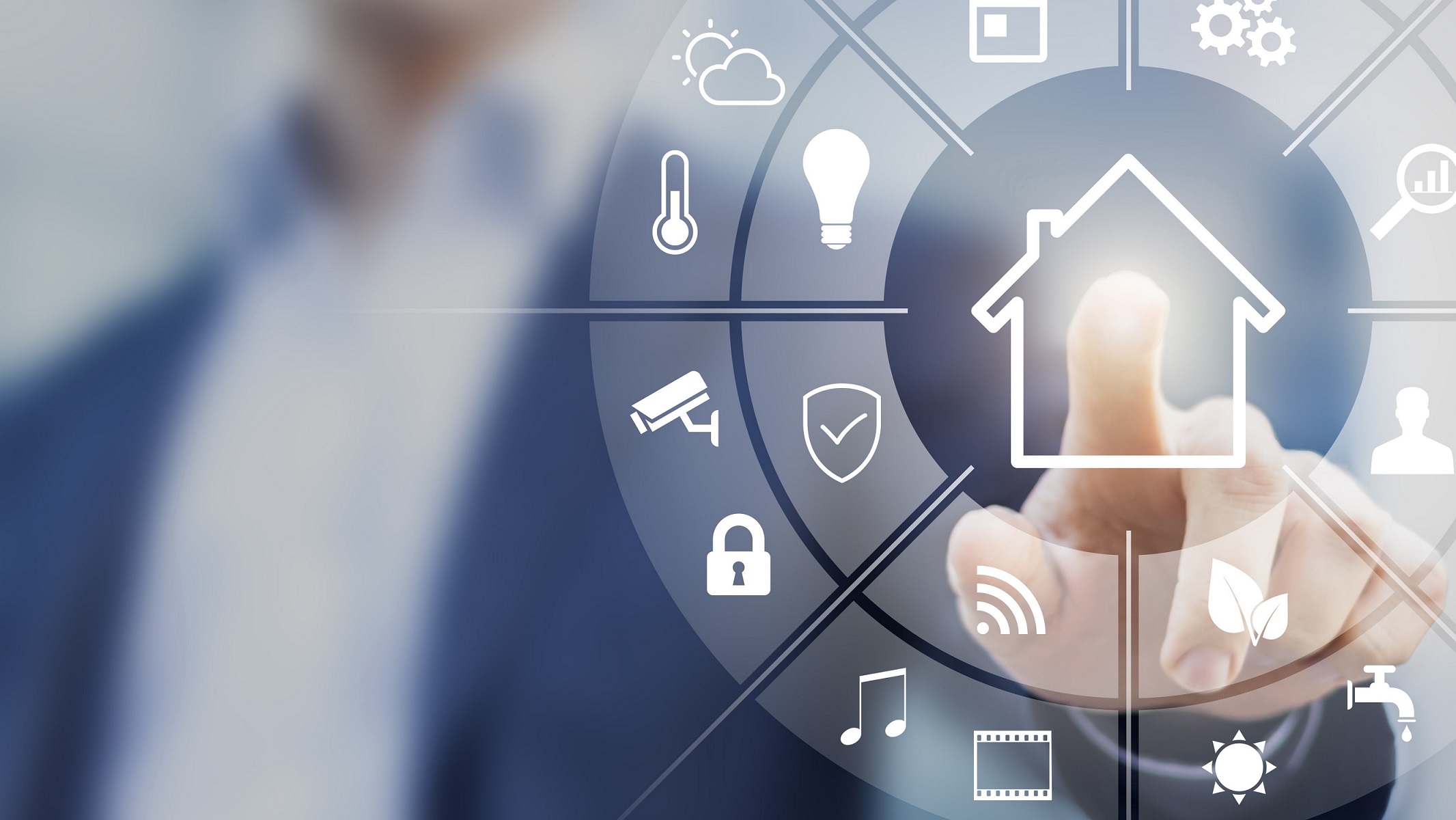 Including home automation in a renovation is an excellent investment both in terms of comfort and savings on expenses for our home. In this simple guide we will see the meaning of home automation, what types of systems exist and what is meant when we talk about home assistant.

The word home automation derives from the union between the Latin domus and computer science. So the meaning of home automation refers to the discipline that designs technological applications designed to improve domestic habitability.

Also known as Home Automation, home automation is therefore the set of devices, technologies and software designed to automate domestic processes and make a “smart” home. It is no coincidence that we are increasingly talking about smart home. This is intended as an environment in which automation and control technologies exist that allow those who live there to adjust lights / temperature / alarms / appliances with simple controls.

Renovating a home by including a state-of-the-art home automation system is a wise move for several reasons, both from an economic and end-use point of view. To the advantages linked to the restructuring we must then add those specific to home automation itself. But let’s go in order and see them one by one.

WHY TO COMBINE A HOME AUTOMATION SYSTEM WITH RESTRUCTURING?

Major deductions. Including a home automation system in the renovation works allows access to the 65% tax relief provided for the Ecobonus. Without home automation it would not be possible to access this rate of deduction and we would have to settle for the classic 50% restructuring bonus for the systems.

Increase the value of the property. In fact, renovating is not only an opportunity to modernize domestic spaces, but also an excellent method to make the property acquire value. Planning a renovation with home automation included allows the value of the house to rise even more.

One of the main features of a home automation system is the possibility to program the moments of activity of the domestic systems. In fact, regular switching on and off of lights, heating and alarms, in addition to the possibility of being able to activate automatisms, allows to obtain various advantages.

Here is a practical example of this “energy intelligence“. When the alarm is activated, the system knows that you are leaving the house, therefore it automatically switches off or lowers the heating, without waste.

Environmental respect. Consuming less also means reducing the impact on the environment of our home. Element that can be perceived as trivial, but that is becoming an added value in the choices related to your home.

Comfort. Last, but not least, a home automation system makes it easier and more intuitive to turn systems on and off. In the most advanced systems, with the possibility of voice control, once accustomed to this mode it becomes almost natural to “dialogue” with your smart home.

In the design of a home automation house, whether new or under renovation, one of the decisions to be taken is whether to adopt:

Let’s see them one by one.

When the systems in our home are managed by a single central “brain”, then we are dealing with a centralized home automation system. A single interface deals with the management of switches, sockets, sensors and any other smart device of the same series, an integrated system with our home.

A centralized home automation solution is also the one that allows you to adapt more easily to the aesthetic style of our house under renovation. In fact, since all the elements have been designed with the same aesthetics, choosing different finishes and colors for the series sockets and control units.

The general solidity of the system and a limited cost given by the control electronics play a role in favor of centralized home automation. On the other hand, a system with a single control unit is more subject to total blocks, just as it is difficult to integrate external devices into this type of system.

Evolving over the years, home automation has moved towards new solutions that prefer the flexibility of the devices. This aim is achieved by creating distributed systems that see in each individual device an autonomous element capable of operating independently of the others.

This inevitably causes an increase in the general cost of the technology used, given that each device must be equipped with the electronics necessary for its control and operation. However, it must be said that with the development of these technologies, distributed home automation has seen a significant reduction in costs to the public.

Among the advantages of a decentralized home automation system we also have greater operating reliability. In fact, since in the event of a single device failure, the rest of the appliances will continue to operate without problems.

Another strong point of a distributed solution is the ability to add devices without limitations dictated by the motherboard.

A third way of home automation is that which balances centralization and distribution by separating the entire system into two parts, one centralized and one “satellite”.

The main difficulty of this mixed solution is represented by the initial design and the need to plan the renovation in detail to avoid “holes” in the home automation system. This is why it is essential to entrust the work at home to professionals and installers of proven qualification who will be able to compose the ideal home automation system for you.

WHAT HOME AUTOMATION CAN DO

For each type of home system that we will touch with our renovation it will be possible to make a home automation improvement. Let’s see some examples of home automation applied to the different systems of a smart home.

THE RIGHT TIME TO INSTALL HOME AUTOMATION SYSTEM IN THE HOME

Therefore, a well-made home automation system can really improve the quality of time spent within the home.

Installing a home automation system under renovation is undoubtedly an excellent idea. In fact, if only to do all the work at once and take advantage of the tax breaks dedicated to energy efficiency measures.

If you found the article interesting, leave a comment with your considerations about it!

Finally, if you need a personalized consultation to insert the principles of home automation inside your home, send an email to valeriadesign@casaomnia.it!