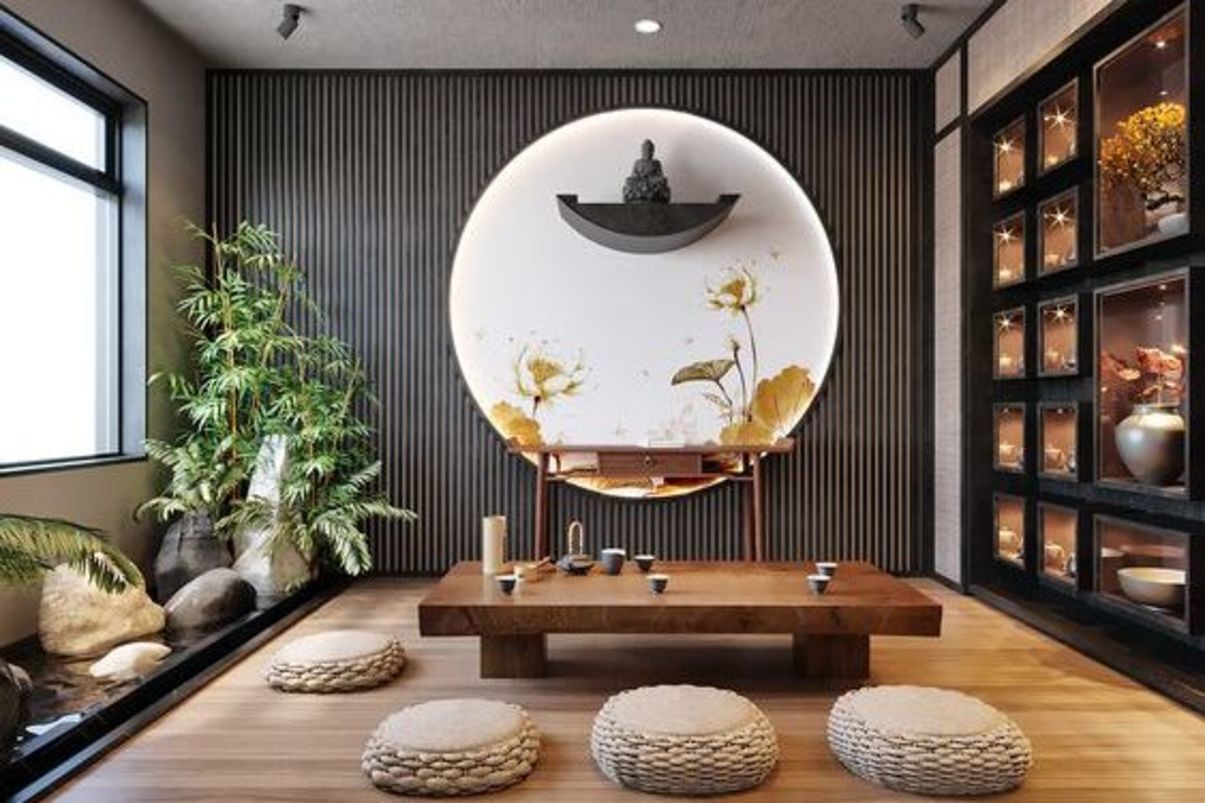 How do open space and Japanese style combine? What proposals to make it special with Japanese-style furniture? Let’s see them together.

The protagonist is the space: in an open space furnished in Japanese style the space increases a lot, both in real terms and in perceptual terms.

The open space is a housing solution with numerous advantages. In this in-depth analysis we evaluate and verify what are the advantages of an open space and we also focus on some critical issues that arise from the lack of subdivision of the environments and on how we can remedy them.

The modern Japanese style furnishes an open space, giving the living area a splendid atmosphere of peace and relaxation, with its chromatic notes, the essentiality of the forms and simplicity.

WHY CHOOSE AN OPEN SPACE

First of all, an open space allows you to recover space thanks to the demolition of the dividing walls of neighboring rooms, which become a single room, maintaining its specific purposes and uses within it. In addition to this, a further advantage is also represented by energy savings, obtained thanks to the optimization of natural light captured and last but not least, savings for heating.

Leaving unchanged the subdivision of the rooms in the sleeping area, which by its vocation contemplates the need for intimacy, the living area can instead become an open space, especially in smaller homes, which for example have a floor area of around 60-80 square meters. Other times the need to make up for poor natural lighting or in any case with sources distributed irregularly in the apartment makes it almost essential to choose an open space.

Kitchen, living room and dining room combined in a single environment create a living area to be experienced.

HOW TO AVOID CRITICALITIES

The kitchen (unless it is used) is the most lived-in environment of the house, the one in which you create, get dirty and produce smells. In an open space there are no dividing doors and therefore smells spread without limitations. The normal disorder of the kitchen, which on certain occasions or with particularly creative chefs becomes the chaos of the whole area; the noises of a somewhat noisy dishwasher or a refrigerator at full cooling capacity also arrive in the relaxation part of the living area.

A good solution could be to separate the kitchen from the other rooms if necessary, and here a must of the Japanese style comes in handy: the shoji panels.

The Japanese style is the spearhead of minimalism: subtracting rather than adding, therefore specifically no ornaments, no paintings on the walls, no carpets.

Wood and bamboo for rigid structures, fabrics and natural materials.

Shoji panels: the alternative to doors. In our specific case they can help us to create the functional separation of the kitchen from the rest of the living area, but also of the dining table from the remaining living area.

Furniture with square lines, which almost touch the ground. In place of the rugs, the tatami, a rigid reed mat woven with the core of pressed rice straw, to cover entire surfaces of an environment.

The Japanese style is perfect for furnishing a modern home and an open space is a peculiarity of the modern home.

Japanese-style furniture is a must of modernity, as it has the characteristic of expanding spaces. Where spaces are already abundant, the effect of a fresh and incisive air of Japan in the house makes everything a little bit special.

In Japanese homes, the rooms in which you sit involve the use of a tatami on which to sit directly (or at most using pillows) to eat or drink tea.

In the living room, the furniture includes a TV cabinet, sofa and coffee table.

The furniture is completed by a low table with a perimeter formed by comfortable linear and low cushions.

A Japanese–style kitchen is a modern kitchen, with natural colors, which must combine with the tones of the rest of the furniture in the living area.

The white, also glossy, in some combinations with wood offers a very pleasant result.

We remind you not to indulge in any frills or fabrics, leaving the tops free and tidy.

A great sense of balance and harmony. An open space with neat spaces that gives us the feeling of being able to breathe deeply.

A single note of color: a wonderful Ikebana composition, the triangle technique.

Three stems: the highest is the sky, the lowest is the Earth and the middle one is man.

If you found the article interesting, leave a comment. Furthermore, if you need a guide to furnish your open space in Japanese style, send an email to valeriadesign@casaomnia.it!