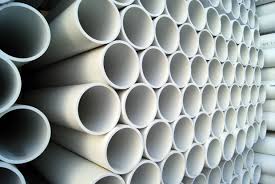 PVC is one of the most versatile, cheapest and most popular plastic materials, especially in the field of window frames.

Furthermore, the main reason for all this popularity is its incredible durability.

This is a very widespread material also in architecture. The main cause of its diffusion is the belonging to those materials called ecological. Rather, those materials that contribute to human well-being in your home, while respecting the environment.

In fact, PVC, thanks to its characteristics, is a 100% recyclable material, because is possible to melt it repeatedly without losing the qualities that distinguish it and that make it ideal in the construction of window frames.

Finally, due to its longevity, resistance, impermeability and its low cost, PVC has replaced traditional materials such as wood over time.

PVC today represents the ideal solution from an energy saving perspective and respect for the environment.

Polyvinyl chloride was observed by chance on two occasions during the 19th century, first in 1835 by Henri Victor Regnault and then in 1872 by Eugen Baumann.

In both cases a solid white mass of polymer was found inside vinyl chloride bottles left exposed to sunlight.

At the beginning of the twentieth century the attempts of a commercial exploitation of the product by the Russian Ivan Ostromislenskij and the German Fritz Klatte were frustrated by the difficulty of working the material, too rigid and fragile.

Later, in 1926, Waldo Semon developed a technique for making PVC workable, mixing it with plasticizer additives. In fact, the resulting product, more flexible and easy to work, soon reached widespread use.

The first co-polymers based on polyvinyl chloride and polyvinyl acetate were produced by the American Union Carbide in 1927. While six years later, in Germany IG Farben patented the techniques of emulsion polymerization.

PVC is polyvinyl chloride, i.e. a thermoplastic material made from raw materials materials.

This material makes reduced use of limited availability and non-renewable raw materials. In addition, it is made up of 57% of salt and the remaining 43% of oil.

Its characteristics make it a building material particularly suitable for certain circumstances, in fact is insensitive to acids, resistant to mold microorganisms and self-extinguishing, it has a high rigidity and is an excellent thermal insulator.

All the features it has lead us to prefer it in the construction field.

In fact, the main feature of PVC is its great versatility of use. Through various production phases it is possible to obtain both flexible and rigid products from PVC.

In addition, PVC has good mechanical properties and of resistance to abrasion, wear and aging, chemical agents and attack by fungi and bacteria, it is a light material, it is water repellent, it is hardly flammable and self-extinguishing.

PVC is a material that respects the environment. Choose the PVC it is an ecological choice for various reasons:

Furthermore, despite all these accessory elements, PVC is used mainly for the construction of window frames of all kinds.

An important feature is its longevity, in fact its use in the long run gives positive results, from an economic point of view.

It is a material that resists well to wind and weather, just as it is not affected by temperature changes, because it shows good resistance to both heat and frost.

It is also a very material that is easy to use and simple to maintain. Its maintenance is really simple, because PVC is characterized by a perfectly smooth surface and satin that therefore absorbs less dirt, dry, as it has no porosity.

Which is not the case with any other type of material, be it of natural or synthetic origin. In fact, a simple neutral detergent is enough and the PVC element, whatever it is, will come back as new.

Choosing PVC inside our homes, involves also a considerable saving with regard to expenses related to heating.

In fact one of the parameters that allows us to obtain a real economic savings in terms of energy is the heat loss that occurs through the window frames.

If you choose PVC as the material to make the window frames a reduction in heat loss of less than a quarter can be estimated compared to the old simple glass windows with banal wooden frames.

The choice of PVC window frames involves the use of special thermal glasses, or double glazing with argon gas that increases the degree of thermal insulation.

As a rule, windows with simple glass mist or frost, this phenomenon is due to the fact that the glass sheets are too cold so the humidity present in the environment condenses or crystallizes.

If special thermal glasses are used instead, condensation on the windows does not tend to form.

The PVC window, however, is able to significantly reduce the heating bill also using simple and common glass sheets, obviously, however, the results obtained will be lower.

So, summing up what has been said so far, the choice of PVC is preferred for the formidable properties of this material:

PVC is truly a revolutionary material. With its various properties can be applied in a very large number of sectors , both for furniture and construction.

As mentioned above, the main use that is made of PVC is for the wnidow frames. In fact, its various properties allow different benefits, apart from thermal insulation to acoustic insulation.

These properties allow you to significantly decrease the heat requirement of your home. This entails the possibility of accessing huge tax incentives, such as the Ecobonus, the winow frames bonus, the restructuring bonus.

Therefore, it is important not only from a functional point of view, but also because it allows you to make a single investment (given its high durability) and also reduced (thanks to tax incentives).

Obviously, the window frame are not the only use that can be done, in fact, this material can be applied in various building sectors.

If you found the article interesting or want to give us some advice for the next articles,leave a comment!

Also, if you need more detailed and personalized advice, based on your environment, your home and your needs, do not hesitate to send an email to valeriadesign@casalibero.it!

I will guide you in your choice, helping you understand how to best use this very special material.