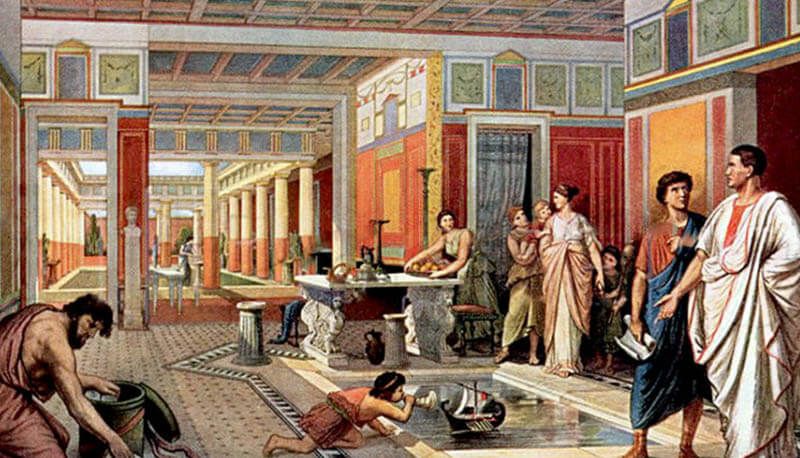 In ancient Rome, only the noble houses had toilets and everyone used public toilets, following hygiene rules that were often a bit nauseating. An ancient civilization of which there is undoubtedly the myth but also a lot of history, art and ready ruins and revealing secrets lost over time.

Ancient Rome is among the first elements of pride for us Italians, the great empire that created and laid the foundations for all that we have become today. That culture has become part of us and also for this reason the curiosity to know it in more depth is a timeless constant.

We are interested not only in the great moments of history, but also in everyday life, habits and customs, everyday life. How was life in Ancient Rome? Even the great protagonists of dissemination have dedicated programs and insights to all this but the thirst for knowledge never finds full satisfaction.

We continue to investigate, to want to know and understand and we go deeper and deeper into detail.

Today, for example, we illustrate a detail that could be really curious. In fact, the use of bathrooms in Ancient Rome, a combination of genius but also of a totally absent modesty and, consequently, difficult for us to understand.

At the time of Ancient Rome, having a personal bathroom at home was considered a luxury, just like those who today can boast a gym or spa. The sanitation in the house was therefore the privilege of the very highest ranks of society. For the rest of the population there were the very popular and very popular public baths.

The so-called latrines were certainly not places in which there was a sense of modesty or a privacy even remotely close to today’s sensibility. The needs were carried out in front of everyone, sitting on special benches elbow to elbow with other people. Not even a curtain or a booth to ensure even the smallest privacy.

The bathrooms of ancient Rome were perforated seats arranged over a canal in which water constantly flowed. Here the excrements fell which were then carried away by the current until it was dispersed in the nearest sewer. Rome could in fact enjoy several cesspools but also an excellent sewer system. At the base of the latter there was the famous Cloaca Maxima, built in the sixth century BC. and subsequently subject to continuous implementations.

However, the public latrines also had a second channel that ran, so to speak, in the center of the hall. Here flowed clean water whose function was to clean a sponge mounted by a stick: the toilet paper of the time.

These sponges were thrown into a special container. Then from there the servants would then recover them to wash them properly and prepare them for a new use by the next customer.

All of this may appear backward, promiscuous and even a bit absurd but for the time the public baths of Ancient Rome were literally the avant-garde. No privacy and apparently dubious hygiene were the best that the great Empire could offer in the world.

And we who get upset about the bathrooms of our subways.

If you found the article interesting, leave a comment with your considerations about it.

Finally, if you want to discover anecdotes and curiosities about the baths of ancient Rome or their daily customs, send an email to valeriadesign@casaomnia.it! What are you waiting for? Go to our online portal CasaOmnia.it now and discover the items suitable for furnishing your home!